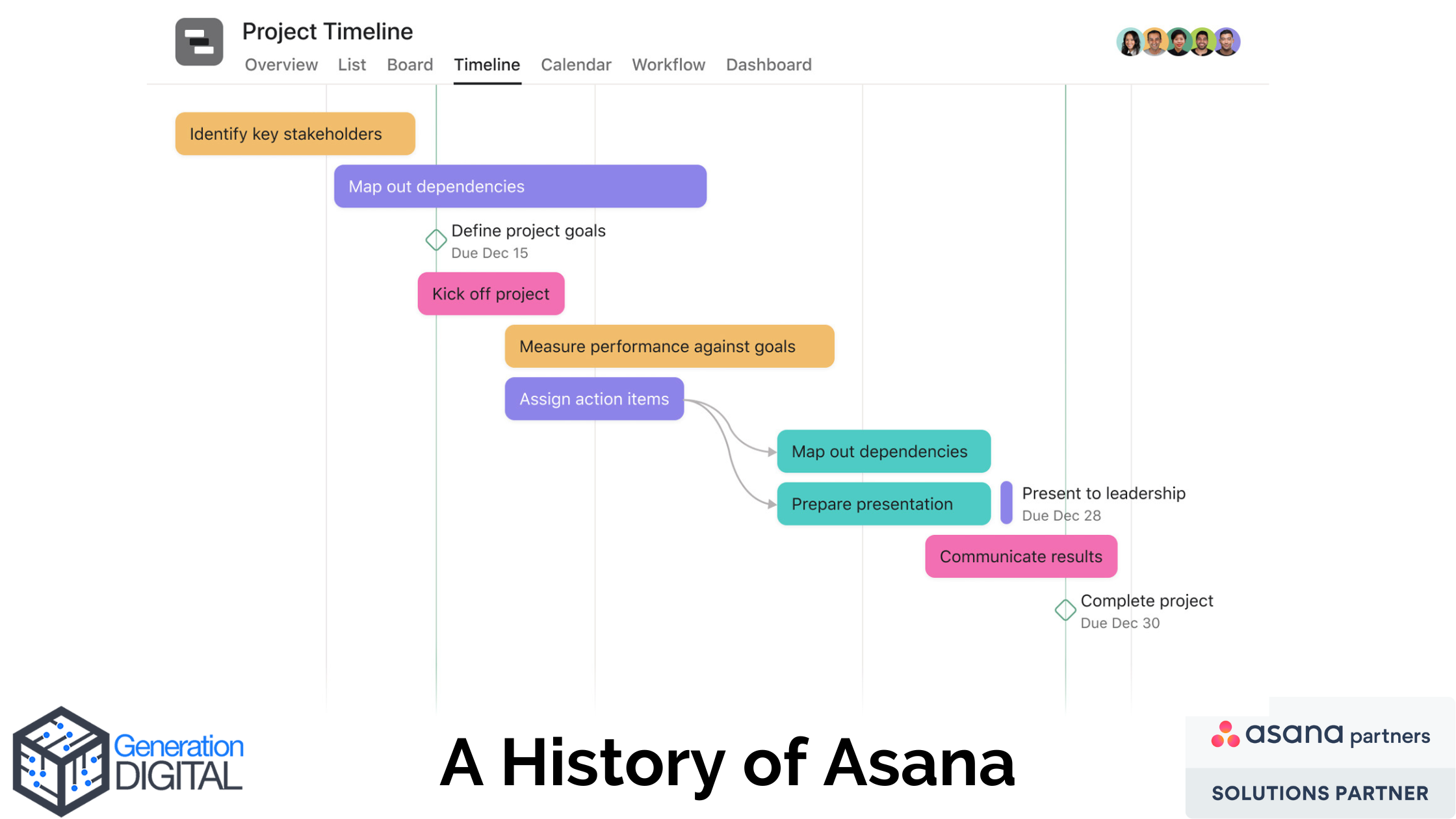 A History of Asana

Asana is a workflow and project management platform that enables organisations of all sizes to break down projects into smaller tasks and encourage collaboration. Asana helps employees better utilise their time by keeping track of what needs completing and staying ahead of upcoming projects. But how did Asana come to be, and what drove the platform's creators to make a project management software?

Dustin Moskovitz and Justin Rosenstein were Facebook engineers before Asana existed. Moskovitz was beginning to get frustrated, spending most of his time doing “work about work”. Meaning he was spending more time in meetings, responding to emails, and searching for information than he was actually doing skilled work. When he expressed his frustration to Rosenstein, the two began exploring how to create a platform to tackle this and help organisations become more efficient and better coordinate their work.

Once their project started to take force, both Moskovitz and Rosenstein left Facebook in 2008 to focus more of their time on Asana. Both founders didn't want to create just another platform; they wanted to create a new and innovative way to work. Because the two of them had both worked for some of the tech giants, they knew where the problems with work coordination lay and what could be done to fix them. In 2019 Asana secured $1.2million during an angel round investment from 14 investors.

After feedback, Asana was aware of what their customers wanted. In 2012, they introduced the premium paid plan alongside the free basic version. Along with the release of the premium plan, Asana also introduced its own API, allowing Asana to be even more flexible for its users. Also, in 2012, Asana released the inbox tool, which was meant to help organisations replace the use of emails. This feature would show users relevant tasks, due dates, comments, and project updates all within the platform.

In 2013 as Asana was still growing, the realisation that larger teams may need more support came to mind. The solution for this was the Organisation feature, making it easier to differentiate between a company's different internal teams. As time passed, Asana gained more user features, such as calendar functions.

Asana had a significant redesign in 2015; Asana rebuilt their UI entirely based on feedback they had received from users. In the end, the efforts of this rebuild paid off, and users were delighted with the changes. Their usage had grown by over 3,000 companies in the months following the redesign.

Asana is constantly expanding its features and developing new innovative ways to help organisations spend less time on “work about work”. The word Asana is a yoga pose that requires marrying form and flow to stay centred while moving through distractions, and that's precisely what Asana is helping its users do.

Asana Business (What features do you get?)

Miro security (all you need to know)

How to deploy Risk management in Asana (Case study: NHS Kettering and Northampton)

How to write Objective and Key results (OKRs)

How to conduct a Miro Brainstorm

How to use Templates in Miro